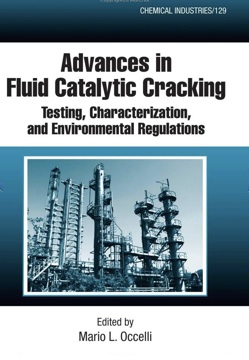 Predicting catalyst entrainment in fluidized bed regenerators is essential to the design and operation of these units.  Entrainment rates dictate cyclone and dipleg design.  However, entrainment rates are difficult to measure at operating conditions and difficult to predict.  Most entrainment rate correlations assume that as the particle size in the bed becomes smaller, the probability for elutriation becomes higher.  This may not be the case.  High speed video imagining of particle clusters in and above a fluidized bed suggests that clustering is significant for fine FCC catalyst particles.  Fluidized bed experiments at varying fines concentration, bed heights, and bed internal locations indicate that these clusters form in the bed.  Some of these clusters are then ejected into the freeboard region. Hydrodynamics do not appear to be solely responsible for cluster formation.  Cohesive forces such as electrostatics, capillary, and van der Waals forces may play a significant role in particle cluster formation and ultimately the entrainment rate.